I personally, place so much value in these films that it would be impossible for me to enjoy them any other way. I wear it as a badge of honor. Yes, this is exactly what I'm hoping to consider. As I cannot speak to your personal experiences, I'll offer what I hope is a similar case. The reaction I heard, largely through social media and from a very particular demographic something white middle class women , was vitriolic; fans of the original film were horrified that a text significant to their juvenile identities was going to be changed, and railed against the value of such a project.

This projected fan base became a subject of derisive superiority, as self-proclaimed fans of the film quipped with disdain that one should prepare for "a new wave of thirteen-year-old witches. LH : I just want to say something about what else I have learned now that I am the old person in the room when I teach: most of my students have no relationship to the AIDS crisis.

For undergrads, there is not always a cultural knowledge of the history of AIDS as being a gay disease, as incurable, or that there is a history of activism.

There is a shocking lack of cultural memory, on one hand, that I try to tease out, and at the same time, I am never sure how they are reading these texts either. The compounding of generations becomes really complicated. And so that is a piece of mourning work for us. But that is also a piece of art on a wall that is then received by people, even in my generation, in other ways. So I think the project of how we speak across this long expanse, this long duree of AIDS, these multiple generations, begs the question: can we rightfully own our own AIDS experience while being open to others?

It is very hard to do. There is a lot of looking back in these works. Tom Kalin, still from Ashes , LH : But it is after a break up.

JFC : This goes back to the generational thing. When I look at your work, Alex, I am reaching into that particular past—not just the video work but also AIDS TV —and I look to find answers about the present from that past, from the moment you were writing within the academy but also your life before. When I met you I realized we have a shared sensibility—an affinity that seems to cross a generational divide—that, for me, is about missing images.

When I see current documentaries about the AIDS activist past that are popular, they are not jibing with what I have been told and what I experienced. When I met you I felt that what brought us into the same room was this question of what happened to these missing images? Some of them were of people who have passed, and are not represented, or their lives are not represented in ways that you remember them.

I had to go back and look. In a way it felt like something was really vibrant that is still here. I saw the generational divide in the aesthetics of the image. But I also saw how, in the contemporary moment, people want to look like that again, to dress like that again. I felt like there was something not so distant about that past. That past is surfacing again in popular culture. 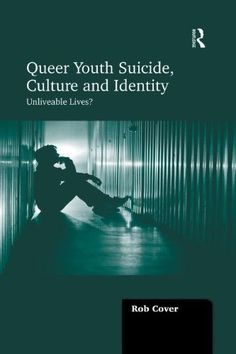 Yet, more importantly, I also see queer people of color still engaging in work that resonates with or continues that past moment. LH : One of the things that struck me, particularly watching the program again today is that time, in each of them, is non-linear and seems very personal.

Some of the names and dates I recognize, and some I do not. His mourning becomes very personal—a personal experience of a crisis and a timeline. But then in the piece by Hi Tiger, they are performing a New Order song, which speaks to the ways in which there are idiosyncratic texts that people seek out or that resonate that are also personal. The large group of very visible and very beautiful and important documentaries that have been made in the last four or five years—one of which has even been nominated for an Academy Award How to Survive A Plague —are largely about ACT UP activism.

There is an AIDS history but deplete of activism and also of overt images of sex and sexuality, by the way. These absences are quite stunning, actually. I wonder if you noticed, and if you guys want to talk about how that makes you feel, thinking about the twenty-five years being commemorated tonight. So, maybe there is an activism exhaustion, a trying to do something different.

An activism exhaustion, a sex exhaustion? After this event, I continued to think about these questions and talk to my friends and colleagues about them. In Alternative Endings, most of the videos represent individuals at home, from there linking to history through computers and phones and the many archives readily found online often because our activist interventions got them there.


At the MOCA event, I suggested that the tapes seemed to mark a cultural zeitgeist where the making of images and the moving of discourse are in and of themselves understood as political, as activism. We opened up to the floor at this point in the conversation to discuss these issues with the large audience in attendance. There was huge pushback. Do you see activism as being about action? AJ : Yes, my definition of activism is action-oriented. End stop. I would call it something else: reading, typing, liking, sharing, posting.

That is not activism. AJ : Of course they are valid things, but not activism. Hey, I like, I post, I text, I do those things. I live now, in I do call it proto-activism. Maybe the absence is about the questions of relevance in relation to the work. There are people who are in NY that are blocking bridges and Acting Up right now, and there is the ever-present Occupy movement. People are not dying, and the motivation is different, but it is dangerous for us to throw the idea of activism under the bus.

I worked at an AIDS organization. I watched 50 friends die. Part of what is different now is that our fight, our activism back then was focused on the gay and lesbian community, we did not have the time or space to focus beyond that. We talked about race, gender, during the AIDS crisis, we were so plugged in. And now there are so many things—I was talking to my gay white friends—they are shooting black men right now, but what are you going to do when they come for you?

Part of the online world we are living in is distracting us. In , when I was in New York and we were protesting the war, the streets were filled, and there were lots of police. It was a global action but it barely got any mainstream media attention.

I think activism is changing because of the changes in media and in public space, but there is not a loss of possibility. The images are doing a different sort of work.

People are using media to find alternative modes of assembly when public space is being clamped down on. These uses of media do not replace the congregation of people in a physical, public space; they lead people to that public space. AJ : I really like that: the images are doing different kinds of work. I would like that idea to hold, and for people to think about how images are doing work now and here, and how we need different kinds of image-work given the overproduction of images, the over-glut of images.

AJ : I am not insisting on anything. I know it is being taken as that.

Of course it is action. What does it mean to share material now that it is so easy to share, when there is so much?

When we were making video in an earlier moment and images were doing different things, we had to share them within a much more coherent movement. There was a gay and lesbian coherence, a kind of finite quality of the audience and circulation of material that allowed it to grow and build with coherence and complexity.

It is much harder for us to gain that now, to make movements, to make arguments because there is so much imagery. Coherence matters so much. So I really appreciate your point around clarity. Coherence is much harder in this postmodern, web 2. How are they consolidating is a question to me.